One of the EctoMorph designer’s more recent photographic collaborators is Grant Ibtasama Masruuq who, she says, is “obsessive about his images and ideas”. He worked with Krystina on a series of garments using semi-transparent latex.

Over the years she has also combined latex with other fabrics like mesh, netting or lace. And now her work also embraces laser-cut designs.

“This collection was photographed beautifully by Aidan McCarthy, in a clear and catalogue-like manner in a studio setting without clutter to focus on the design and model Liza Licence wearing the outfits.

“A recent theme I explored was combining different weights of latex to produce voluminous frilly skirts to get away from the traditional association of latex with a tight fit.

“Many older people want their latex loose —they don’t want to be constricted by tight rubber. They like to wear it lounging around in the privacy of their homes, and are attracted to the sensation of the fabric’s touch.”

Krystina has met many of these people at a retro-style British event called Mach2, staged a couple of times a year in a hotel where the wearing of latex while wining and dining with friends is encouraged.

“Many of these people have become my friends,” says the designer.

“As a twenty-something when I first started, I was

approached by then chairman Jim Price to put on a fashion show at the event in Epping.

“I just sneered and said it was far too old-fashioned for my company to be associated with and just generally not my kind of thing. I had a lot to learn.

“Now I look forward to these events and they spur me to design collections often with them in mind. But Mach2 has also changed, and in the last couple of years has actively welcomed crossdressing among members — something hitherto against the rules!”

At Mach2 she met and collaborated with Keital — a photographer long associated with the imagery of this traditional scene — to create storyboard scenarios in suburban settings.

“Each photographer I have worked with has brought their own vision to bear and had their own influence on me,” she remarks.

Today, of course, Krystina and her long-established EctoMorph label have to share the fetish stage with hundreds of other designers. So how does she feel about the way the scene is now?

“I was lucky to have reaped the rewards of being one of a handful of companies in the ’80s that changed the face of fetish for the better,” she replies.

“Today, there are some great contributions to the look of latex from newer British-based designers. But the market is also flooded with cheap, inferior Chinese copies.

“The scene has gone the way of fashion, splintering into different categories catering for different needs and areas of specialisation.

“Latex,” the EctoMorph designer concludes, “is now in fact the preferred fabric of the rich and famous, and no longer just the preserve of an underground, secret, hidden subculture.”

‘Latex is now the preferred fabric of the rich and famous, and no long the preserve of an underground, secret, hidden subculture’ 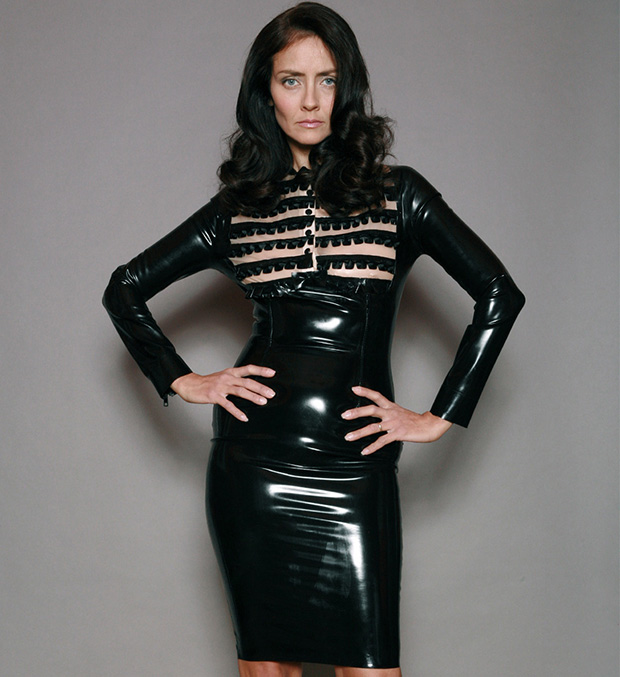 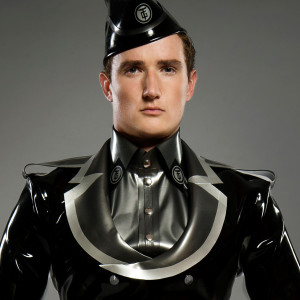