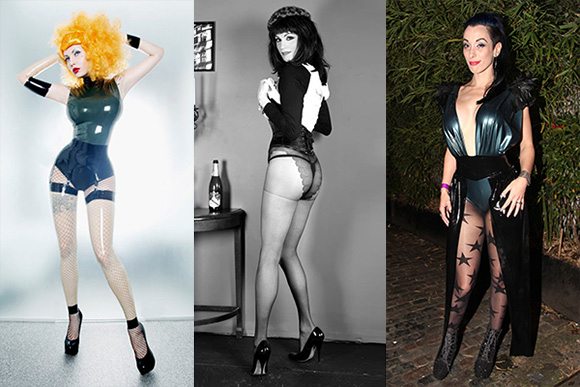 Three fetishista deaths, occurring across a short timespan of just five weeks, have left the international fetish community shell-shocked and wondering what the hell is going on. Here, Tony Mitchell pieces together what little is known so far about the passing of Monique Charrière, January Seraph and Nicci Tristan

News of Monique Charrière’s passing first hit social networks just over one month ago, on June 20.

Monique appeared on the cover of an early Fetishistas v.1 edition, and most recently a few months ago in our March cover story about photographer Peter Diablow.

But as far as I know, despite admiring and showcasing her work, I never actually met her.

No precise date date of death has been made public. But it appears that the Bulgarian model, who had lived and worked in Amsterdam, London and South-East Asia, may have returned to Bulgaria’s capital Sofia with the specific intention of ending her life.

She had the sort of Slavic beauty that lends itself perfectly to fetish imagery, and she was a popular subject for European photographers, especially in Holland.

However, she was by all accounts a troubled soul who found it hard to form close relationships.

Despite the praise she received as a model, the picture that emerges from those who knew and worked with her was of someone burdened with much loneliness, unhappiness and self-doubt, which could make her difficult to work with.

One of her favourite photographers, HighGlossDolls’ Katja Ehrhardt, recalls that she often discussed suicide and had to be talked out of ending it all on more than one occasion.

Understandably, she chose not to mention that she was also a longterm depression sufferer. That condition was probably exacerbated in recent times, if the story that she’d had her business stolen from her is true.

An XBIZ tribute to her claims that she began her video career in 2008 performing for Kink.com’s Whipped Ass strand, rising to stardom as a disciplining mistress.

I connected with her before she officially transitioned from bondage modelling to mistressing, but it would be many years later when we actually met, while she was on a visit to London from her new base in LA.

Over an Indian meal in a Brick Lane restaurant, she revealed herself to be a person of great warmth and depth, as well as wit and humour. She left me wishing that we were not, in our everyday lives, separated by an ocean and an entire continent. I suspect she had a similar effect on many more people.

Her next visit to London was in May 2014, which gave her the opportunity to check out that month’s Rubber Cult party — from where my pictures of her published in this article originated.

My recollection of that evening, which turned out to be the last time I would see her in person, is that she was gregarious, charming and happy to pose for pictures with partygoers who recognised her. You would never have guessed she had problems.

Nicci Tristan’s sudden death a few days ago is lacking any public explanation so far. But while people have understandably wondered if the third of these three fetishista deaths was also a summer suicide, at time of writing there is no evidence for that conclusion.

Her fame quickly spread beyond her home turf when she began to attend international fetish events. She created a hugely positive impression among London partygoers when she made what I believe was her first visit to the UK capital for a mid-noughties Rubber Ball Weekend, which is where I first met her.

After that, our paths sometimes crossed at other big events, and I was looking forward to saying hello again on October 7 at Rubber Cult’s upcoming London Fetish Weekend party.

In what now feels like a deeply ironic turn of events, she was due to pose there as the evening’s life model. 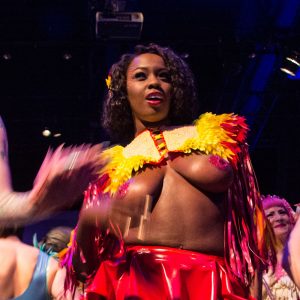