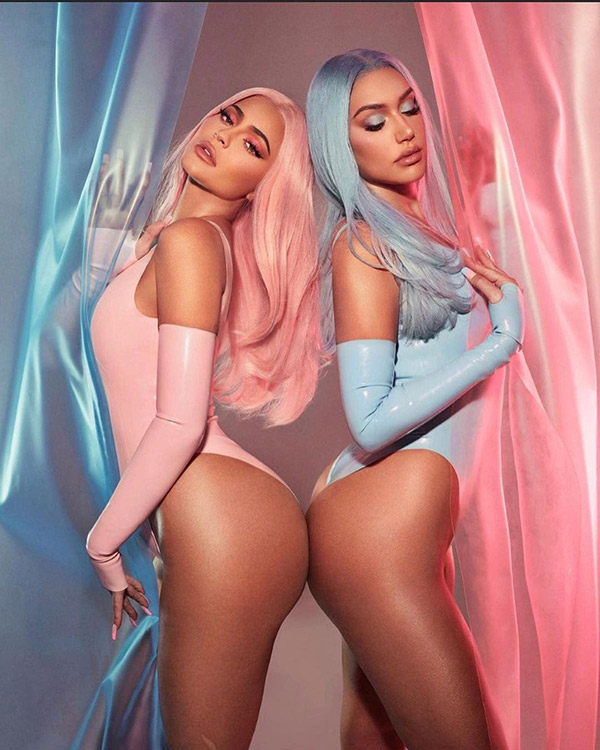 The arresting images above were among those created to promote media celebrity Kylie Jenner’s new cosmetics collaboration with pal Stassie Karanikolaou.

Naturally, they have been widely admired on social media — where they have done a fine job of drawing attention to the new cosmetics line, which is called Stassie x Kylie.

But for latex fans of course, when a rubbery image of this calibre appears in mainstream media, an equally important concern is likely to be: ‘Who made the outfits?’

Campaigns of this kind often appear to have bottomless budgets (no pun intended) compared to what is generally available for ‘regular’ latex photography.

So a substantial team of people with various creative skills will generally contribute to the final appearance of images like these.

But unless you’re a fashion industry insider, it isn’t always easy to find out exactly who performed those different creative roles.

Fortunately, designers from the latex scene whose creations appear in this kind of high-end project have learnt an important lesson.

If they want people to know when a big-budget commercial campaign features clothing they’ve provided, it’s best to publicise that fact themselves.

And that’s why we know that the latex suits and gloves worn by Kylie and Stassie above came from Alyssa Norman’s Blacklickorish Latex label — the second collaboration between her LA-based label and Ms Jenner. The latex dresses in the banner are by Atsuko Kudo.

The models’ matching bodysuits and gloves are standard items that can be found in the Blacklickorish online store under their official product names of French Cut Tank Suit and Opera Length Fingerless Gloves.

Should you wish to mimic the Blacklickorish look yourself, the basic online prices in the US (before shipping, worldwide) are $150 for the bodysuit and $55 for the gloves. Both styles are made using Radical Rubber latex.

For the record, the photographer on the project was Greg Swales and styling was by Jill Jacobs Studio. 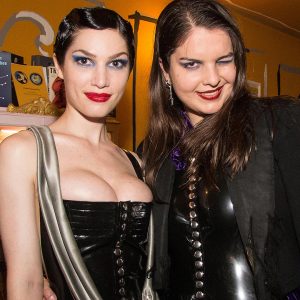