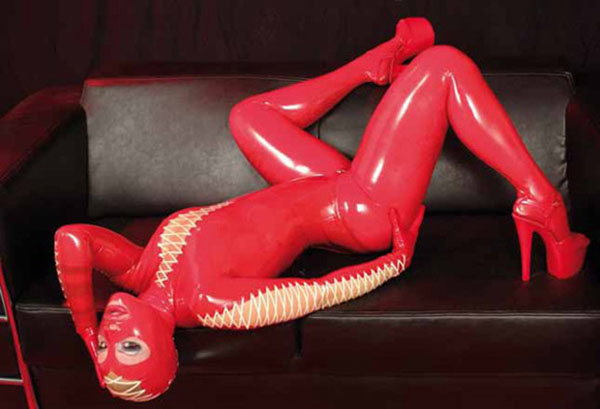 Ultimate Heavy Rubber Book does what it says on the can.

The Ultimate Heavy Rubber Book, Peter Czernich’s first crowd- funded publishing venture, easily lives up to its name. The Marquis mainman talks to Tony Mitchell about the genre he rebranded and the campaign that financed his book. Our article includes a gallery of 30 of the book’s softer images

Fancy a heavy rubber book? Well Peter W Czernich, publisher of Marquis magazine and Heavy Rubber magazine, is in a damned good position to produce one. Which is exactly what he’s just done.

It’s one of those phrases that so perfectly describes the activities and imagery it is applied to, that you could easily believe it has been in existence as long as rubber fetishism itself.

But  not so long ago, it was more likely that a heavy rubber book would have been about the giant-tyred earthmoving vehicles used in open-cast mining, or perhaps the monster trucks that employ similar tyres for the purposes of competitive entertainment.

According to Czernich, the term ‘heavy rubber’ has actually been in use less than two decades. And he should know because, he says, he invented it.

Peter’s new, crowdfunded photography collection, The Ultimate Heavy Rubber Book, draws on 20 years of his work in a genre that only acquired its current name with the launch of a stablemate for Marquis magazine in 1997.

He had been including a proportion of more ‘extreme’ latex photography in Marquis alongside his fashion and glamour work since 1994. But after three years, he says, “We decided to split Marquis into two magazines because we felt that high fashion latex and piss pants did not appeal to the same target group.”

‘I have often admitted that Jo Hammar and Natalia have influenced me a lot. In the late ’80s, what they did was absolutely unparalleled’

Prior to this, the world of total enclosure suits, hoods, gasmasks, restrictive and/or inflatable rubber garments, medical uniforms, transparent latex wet-play clothing and optional accessories such as rubber tubing and insertables, faux genitalia, clamps, gags and straps had gone by a variety of other names.

Among them were bizarre rubber, bizarre latex, 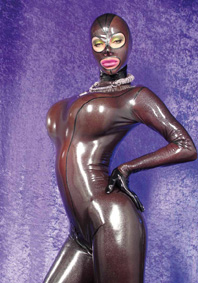 bizarre fetish and extreme fetish. Gummi klinik, another tag, was a nod to the genre-pioneering Swedish photographer Jo Hammar and his muse Natalia, and to the particular type of German establishment that inspired their work.

But Peter obviously wanted a title for his new magazine that wasn’t secondhand — something that would signal his fresh approach to the subject.

“I thought about the classic Heavy Metal magazine, which inspired me,” he says. And so it was that Heavy Rubber magazine was born. (And trademarked too — just in case you were thinking of poaching the name for your own business. You wouldn’t be the first, apparently.)

It didn’t take the new magazine too long to establish itself as the genre’s benchmark publication. Apart from being able to share all the resources of its Marquis stablemate, it was clearly an expression of its publisher’s personal tastes, which ensured that it had a very recognisable and individual style.

Because Czernich was accustomed to working with latex designer fashion that was becoming ever more colourful, he seized opportunities to bring some of those fashion values into his Heavy Rubber shoots, often collaborating with designers who were noted for straddling the two scenes. 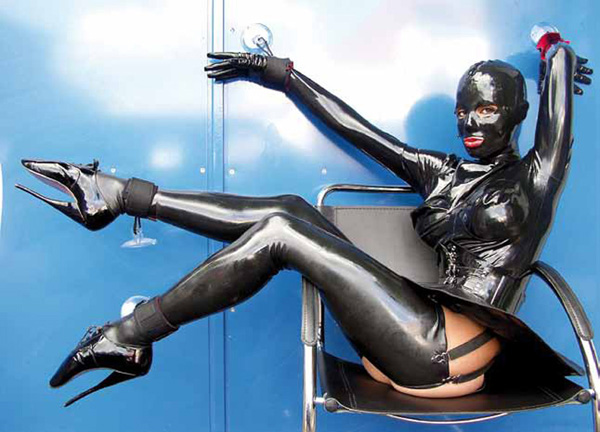 READ THE CROWDFUNDING STORY BEHIND THE ULTIMATE HEAVY RUBBER BOOK

But when, earlier this year, Czernich was looking to publish a new book celebrating 20 years of the more extreme photography he produced for his magazines, he knew he would have to find a different way to finance it

“We’d had a bad year in 2013,” he admits, “with a tax revision and resulting payments that had drained our resources. There was no money to print a book, really.

With a paucity of trade publishers willing to back such a project these days, one alternative finance option clearly worth investigating was crowdfunding.

Kickstarter, the best known operation, had already proved itself viable for several fetish-related projects, but Peter chose Spanish crowdfunder Verkami, which, though not such a household name, is known for having a more liberal agenda.

It proved to be the right choice. “The Verkami people were very helpful,” says Peter, “coaching me through the process, as it was a first for me.”

The target for his heavy rubber book was purposely set at a modest level — a figure that could surely be reached and enough to enable production to go ahead, but not an amount intended to cover all production and shipping costs.

“Knowing that the show would run for 40 days, we were pondering about possible outcomes,” Czernich recalls. “What if only very few people went for it?”

In the first 48 hours there were only a few pledges, and Peter began wondering if the idea would get the support it needed.

“But after only three more days, we had already reached the target amount, and it kept going, day after day. It was a very warm feeling to see all this support by my loyal fans — I want to thank all of them again and again!”

A powerful incentive for any fan to pledge the minimum €40 (even after the target had been reached) was that this would bring them a ‘pre-sale’ signed and numbered copy of the book, at 20 percent less than the €49.95 set as the full retail cover price.

The final amount raised when the Ultimate Heavy Rubber Book crowdfunding campaign ended on July 10 was €13,460 — almost three times the original target. This meant that the campaign had broken-even on all its projected costs and that there would be a decent quantity of books left over for public sale at full price.

For the right kind of book — which The Ultimate Heavy Rubber Book clearly is — this is the perfect way for an author to publish an expensive, high quality tome without the involvement of a book trade publisher or distriubtor.

Fans who pledge to support the project are effectively pre-ordering a copy of the book, and once the target is reached, their pre-order pledges can be ‘cashed in’ to finance printing — always the biggest single upfront cost that authors themselves can often not afford.

Right now this looks like by far the best way for any fetish creative with a loyal fanbase to get a book of their work out onto the market. And as we would expect, Peter Czernich says that this will definitely not be the last such project we’ll be seeing from him!

Click on the Marquis.de link below to order your copy of The Ultimate Heavy Rubber Book (normal price €49.95) before midnight October 31 2014 and you can get 10 percent off by entering the discount code BED6C1XC at checkout! 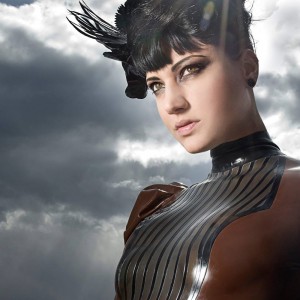