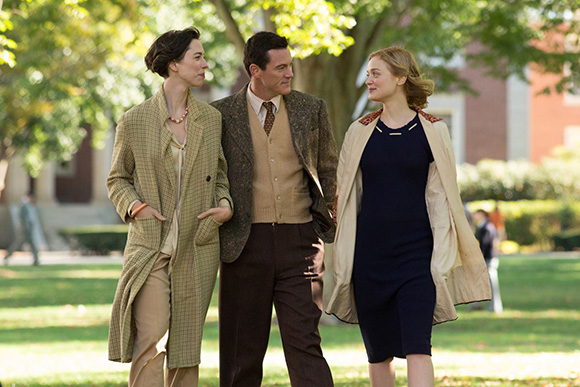 A new year has arrived, providing an irresistible temptation to look ahead at what  be in store for the world of fetish in 2018. Tony Mitchell dusts off his crystal ball to focus on various things that are definitely on the 2018 event horizon, as well as a few possibilities that might become reality if things develop in the right – or wrong – way. Banner image: Dutch model Lotte LaVey at EuroPerve 2017

The arrival of the new year provides an opportunity I can’t resist to flag up some of the things likely to be in store for the world of fetish world in 2018.

Late 2017 saw two significant additions to the canon of feature-length movies with fetish/BDSM themes, both of which are set to become more widely available now that 2018 has arrived. 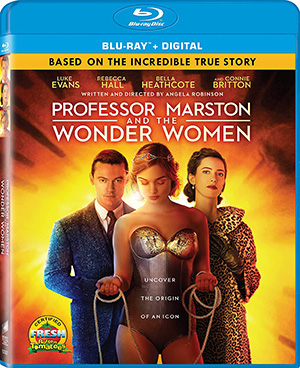 SOON COME: Blu-ray, DVD and digital platform releases of Professor Marston and the Wonder Women, out on Jan 31 (US) and March 5 (UK)

The first is Angela Robinson’s delightful portrayal of the unconventional life of Wonder Woman creator William Marston: Professor Marston and the Wonder Women.

This US indie production received the briefest UK theatrical release late last year, but is now due for release on DVD, Blu-ray and digital platforms on January 31 in the US and March 5 in the UK.

The film explores the former Harvard academic’s rather advanced theories (for the 1940s) about domination and submission in human relationships, and the attraction he and his wife shared for one of his students that resulted in the three embarking on a ‘polyamorous domestic arrangement’.

One obvious reason for flagging this movie up as a significant part of fetish in 2018 is that Wonder Woman became not only a mainstream superheroine but also an enduring fetish icon, created (as some kinksters have long known) to give expression to Marston’s interests in female power, bondage and roleplay.

Another reason is that Robinson’s version of how the Wonder Woman ‘look’ materialised comes in a visually striking bondage episode filmed almost like a dream sequence.

In it, the professor and his two lovers attend a private rope-bondage demonstration hosted by ‘G-String King’ Charles Guyette (see recent Fetishistas book review) in his Manhattan studio.

This extended scene beautifully conveys the potency of such a ‘forbidden’ scenario without straying from the film’s overall tone as an articulate, funny, quirkily charming romantic adventure with a strong feminist subtext.

Marston’s descendants have nevertheless disowned the film’s take on his life — a reminder to us that it’s only based on a true story. But this movie is still well worth 108 minutes of your time.

IT’S TRUE! Cover of the Ex-Dominatrix DVD, out now. A second public screening of the film takes place at London’s Whirled Cinema on January 25

The second release getting fetish in 2018 off to a good start, film-wise, is Ex-Dominatrix: A True Story. Already extensively covered by us, this British documentary by Darren Cavanagh detailing the rise, fall and rebirth of legendary Belgian domina Goddess Ira (aka Lucrezia) is finally out on DVD.

This month sees two public screenings of the film in London at Whirled Cinema: the first was on January 12 and the second is on the 25th.

With both screenings promising latex-clad fetish celebs in the audience and a party afterwards, Ex-Dominatrix will hopefully go on to feature in more public shows and some festival appearances later in the year.

Turning now to the pervy partying scene, our December cover story detailed how one aspect of fetish in 2018 — international fetish weekending — will expand following the arrival of not one but two new annual German gatherings with international aspirations. 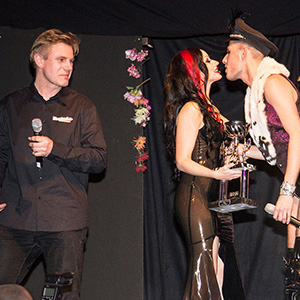 Despite critical acclaim, this collaboration between DeMask and Wasteland has also sometimes struggled with numbers. It surely deserves more support from pervs in neighbouring (or indeed distant) countries to bolster the relatively small domestic crowd attracted by its more traditional ‘purist’ fetish style.

Fans of EuroPerve keen for it to continue have suggested ways of increasing its audience. Ideas for keeping EuroPerve an active part of fetish in 2018 include collaborating with local promoters to expand it into a weekend, and adding supporting fashion shows to the traditional DeMask solo spot to increase the party’s ‘fetish glamour’ content. 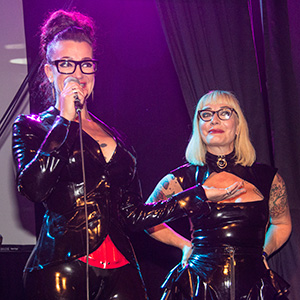