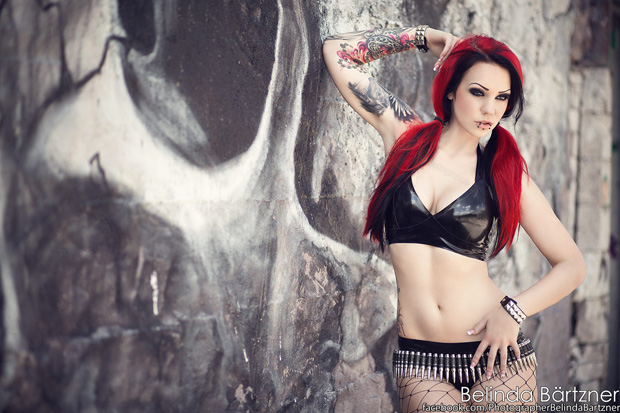 Those Swedish fetish models come over here with their gorgeous looks, nice personalities and collaborative work ethic. Next thing you know they’re working with all our designers, posing for all our photographers and winning all our awards. Heidi Patterson sets out to establish why, when it comes to fetish modelling, Sweden punches so far above its weight. Banner pic of Psylocke, Miss Fetish Europe 2014, by Mew-Chiel

You’ll see much evidence of the ‘Swedish phenomenon’ here on The Fetishistas. It makes its presence felt in numerous event reports, previews and portfolio articles. It is also to be found in cover stories such as our recent interview with Lacing Lilith designer Paul Miller, and of course this month’s profile of Sweden’s fetish supermodel Sister Sinister.

Browse the websites of top latex designers such as House of Harlot, Lacing Lilith, Westward Bound, Bondinage and Inner Sanctum, and you’ll see a healthy number of Swedes modelling the clothing in pictures shot by other Swedes, or by European and North American photographers.

Watch a catwalk show at a big European fetish weekend or a Torture Garden Ball, or mingle in a crowded fetish club, and chances are that you will see Swedish fetish models and performers, from well-known faces like Kari Berg and Sister Sinister to relative newcomers like Miss Mandy and Miss Polli.

The ‘invasion’ by Swedish fetish models may appear to be a recent trend, but in fact, it has been something of a gradual explosion, reaching as far back as the early 2000s. This was when the brunette beauty Elva graced the cover of Skin Two magazine, stunning photos from her nightlife project Dekadance appeared in event reports, and the groundbreaking personal artistic site, A Thing for Rubber, was first established.

At this year’s German Fetish Ball Weekend in Berlin, I was as able to chat about this phenomenon with photographer Nik of NikDesign and his partner, the Swedish-Norwegian model, entertainer and GFB hostess Kari Berg. They were very forthcoming, and later gave me a very detailed perspective of the scene from its quieter origins.

“Ten years ago the world had not seen Lady Gaga and Rihanna wearing rubber. But in Sweden we already then had designers like Naucler Design, and the Nocturnal Model Agency who back in 2004 had huge importance in building a network for the photographers and models in the alternative scene.

“We had pioneers like the ‘latex queen of Sweden’, Elva, who also started the famous Dekadance club, when it was really a challenge to get acceptance for a fetish club in Sweden,” Nik explained. Kari elaborated:

“I have been modelling now for more than ten years and I have seen the development and it’s a totally transformed scene today compared to just five years ago. Put simply: Swedish fetish models today have a lot of opportunities based on a long tradition.”

The ‘invasion’ by Swedish fetish models may seem a recent trend, but in fact, it has been something of a gradual explosion, reaching as far back as the early 2000s

Still, I wondered how a relatively tiny country with a population just under ten million at the end of 2013 has managed to have such a big impact on fetish compared with larger countries with bigger scenes.

And how it has eclipsed all its Scandinavian neighbours in terms of the quality and quantity of its fetish photography, models and press.

Living as near to Sweden as I now do, I consider myself fortunate to be in close proximity to all this creativity, and my own latex clothing line is certainly fortunate to have been blessed by creative collaborations with numerous talented neighbours from the North.

Among these are Joakim Karlsson and his shots of partner Suzie Q, Psylocke and Miss LouLou; and

images shared by beautiful customers Felicia Fritzl, Gita Vinlander and Miss Polli from their collaborations with such talents as Josefine Jonsson, Pennywise and others.

In terms of raw material and economic health, you could argue that Scandi siblings Denmark, Norway and Finland are equally blessed — but you’d be hard-pressed to name many internationally known fetish models or photographers those other nations have produced.

So why do Swedish nationals enjoy such a disproportionately high profile on the international fetish scene?

I decided to find out what Swedes themselves thought the reasons were, so I asked some of the models I know about their motivations, their starts in fetish, and their goals.

I also picked the brains of some photographers and designers, to see what they thought.

Swedish photographer Belinda Bärtzner, whose work appears throughout this article, said about her country’s models: “They are really beautiful; many of them are also highly creative and professional.

“I also love to work with them because they are the sweetest girls ever, we are like a big family, we are friends and hang out other than just on photo shoots, we help each other and we cherish each other. I love all of them.” 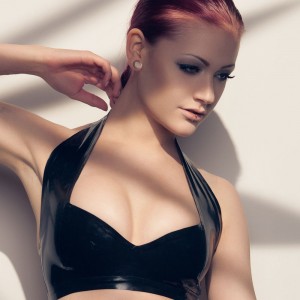