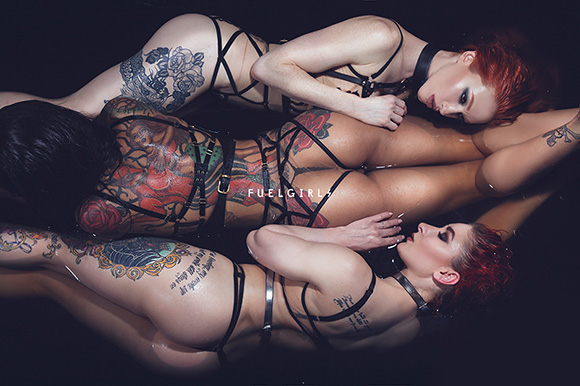 More than 400 tattoo artists, including stars such as Tim Hendrix of NY Ink fame and Japanese legend Shige, have already been accredited to showcase their talents in public at this Tattoo Life-hosted event.

This year’s event features the first ever 2000AD art exhibition, featuring original artwork from the finest illustrators of the UK’s oldest and most iconic comic.

Attendees will be able to purchase prints, books and other 2000AD merchandise at the convention. The full list of famous artists and illustrators on hand to meet fans and sign prints will be announced in due course.

Further exhibitions will showcase work by, among others, Chris Guest, Christopher Lovell (see video below), Haris Nukem and Jim Philips.

Among those making a welcome return this year will be Swedish model and performer Elegy Ellem.

The Fuel Girls, whose impressive appearance at Amsterdam’s Unleashed 5th Birthday party has just been covered by The Fetishistas, will also return, to star as the resident performers on the Fuel Stage.

The same stage will also host the debut of the new Circus Of Men troupe and much more.

This year’s audience can expect to be amazed by the latest fire act from Cervena Fox, Shelly d’Inferno, Rebecca Crow and Sununu Hernandez.

The main Tattoo Life Stage will host new tattoo competitions for Saturday and Sunday, with a brand new catwalk for competition entrants to strut their stuff.

Tattooed Spanish/international fetish model Bibiana Atada (see banner) will be signing merchandise and posing for pictures at her own stand.

You’ll find it in the huge vendors and traders market, which will as ever be packed with ‘head-turning alternative stuff you just won’t find anywhere else’.

Many more artists, bands and attractions are set to be added and announced over the coming months. Click on the Artists/2016 link below for the full list of artists known to be participating at publication time.

The usual wide-ranging selection of food and drink on offer will include a ‘massive choice’ of real ales, ciders, craft beers and cocktails, plus everything from Mexican to freshly cooked Malaysian foods, German sausages, gourmet burgers and vegetarian options.

Advance tickets for the 12th London International Tattoo Convention, available from the website below, cost £20 for Friday, £30 for Saturday and £25 for Sunday — or £50 for a weekend pass. Under-14s are admitted free if accompanied by an adult. 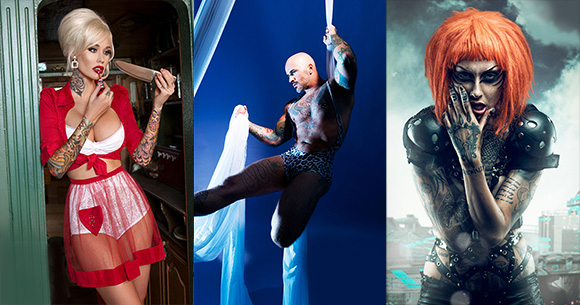 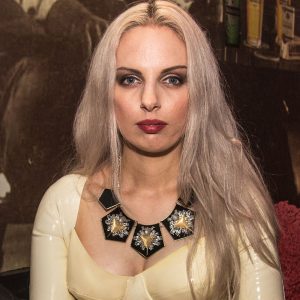