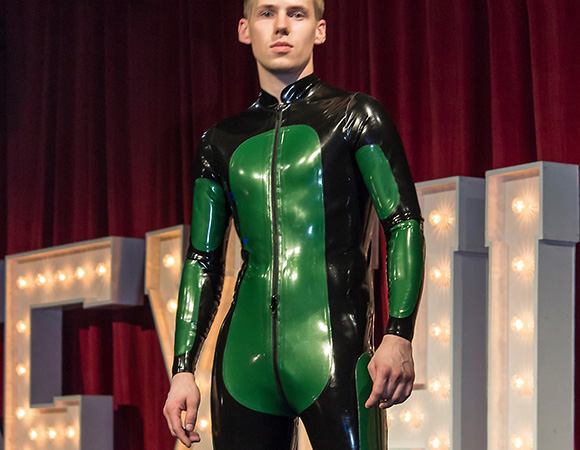 The first 2017 Rubber Cult gathering takes place on Saturday February 4 at new regular venue The Alice, on Houndsditch in the City of London.

Headline attraction at this rubber-only event is Latex 101’s first London fashion show in a long while, which will exclusively feature its men’s latex styles.

Other live entertainment on offer includes Mad Alan posing for the night’s life-drawing session; a side show by Heavy Metal Pete; and two rubbery cabaret shows from Apple Tart — as Charlie Chaplin and Queen of the Stone Age.

This first 2017 Rubber Cult will also feature an exhibition of self-portraits by Beverly Carmichael, and a fully equipped dungeon with vacbed, inflatable sleepsack and vaccube plus a new addition in the form of an inflatable bodybag from Regulation London.

There’ll be a prize for the best-dressed rubberist, donated by Fetish Alternative Boutique (FAB).

which has been making a big impression on the European scene and is rapidly expanding into other international markets.

Try it for yourself at RubberCult and you may well find yourself joining the ranks of converts who not only rave about the BeGloss range’s shine qualities but also get why it’s worth spending spending £20 on the company’s Perfect Shine Polish Wipe cloth, with its unique double-layered microfibre construction!

Advance tickets at £27 are available online from Fatsoma (below) and from London stores Atsuko Kudo, Breathless and Liberation. Tickets on the door cost £30. 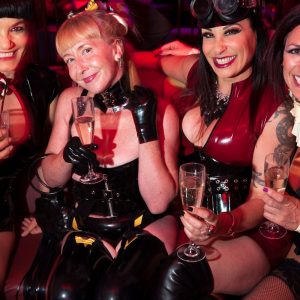