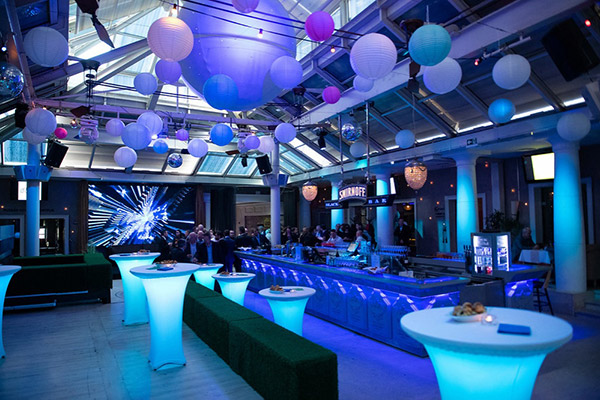 Budapest might not be the first place you’d think of for a springtime European city break combining tourism with fetish partying. But the return of Luxuria Party to the Hungarian capital in April could conceivably change your mind. Still in its infancy but with its sights firmly set on major international status, this year’s Luxuria has relocated to swish venue Symbol Budapest. Here it will present latex fashion shows, BDSM performances, fetish design talent and more from within the region and beyond. We get the party’s story from co-host Krisztián, and provide an overview of the April 9 line-up plus some tourism tips for those new to the city. Banner by Matija Peček: Maskinx latex (Zagreb), one of this year’s fashion shows

In 2015, Luxuria Party, a fetish/BDSM event with international ambitions, launched in the Hungarian capital of Budapest, adding an important new eastern European destination to the continent’s annual fetish partying map.

Almost doubling its size in three years to an attendance of 600-plus — making it the biggest fetish event in Hungary — Luxuria was all set for its 2020 party when the pandemic struck.

Then, as with many other similar events around the globe, there came a series of pandemic postponements in 2020 and 2021. The most recent of these saw the event rescheduled for April 9 2022 — a date currently being treated as certain to go ahead.

Its creators spent many years attending fetish gatherings around the world before launching Luxuria Party. And, says co-host Krisztián:

“We learned a lot from these and wanted to bring back their vibe to our home, with a unique taste.

In terms of what to expect, he says, Luxuria might be “less crowded than the biggest similar parties elsewhere in Europe”. The dresscode is also slightly less strict: “We don’t necessarily aim for certain materials, but encourage creativity and generally extreme outfits.”

So what would Krisztián (whose kink name is Dreamlite) say makes Luxuria stand out?

“You can get lost in our spacious darkroom and dungeon, or just socialise with other like-minded people, create a memory of yourself at our photo studio or buy a new toy or accessory from one of our amazing craftspeople.

“But aside from all these options we also try to provide more unique adventures.” 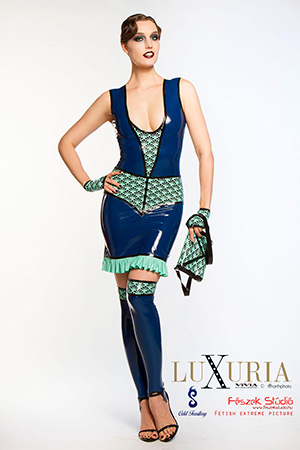 DUTCHDAME, modelling Odd Territory latex, was one of the international names at Luxuria 2018 (photo: Marthphoto)

In 2015, when Luxuria launched, Hungarians had very few opportunities to party in a similar setting, and the Fetish-BDSM scene was kept alive by a few enthusiasts.

“Thanks to their contribution we had a small but strong community,” says Krisztián. “But in order to experience bigger events we had to travel to other countries, like Germany, Netherlands or the UK.

“And for the first time many of them joined us from other countries. Since the beginning, we’ve worked with well-known fetish models and artists from all around the globe, and in only three years we managed to nearly double our number of visitors.”

“After the success of Luxuria, several smaller events were born. We set a good example

and now Hungary has a very active fetish-BDSM scene, and more and more people from abroad set Budapest as their next destination for fetish parties.

“But first of all we are proud that the people in Hungary can easily find a safe place where they can express their sexuality freely. Occasionally even well-known public figures dare to visit us, knowing their anonymity is preserved!”

Importance of providing a safe place

This use of the term ‘a safe place’ is encouraging, considering that Hungary’s right-wing populist prime minister, Viktor Orbán, might not be expected to have a high tolerance for fetish/BDSM culture.

(Incidentally, Hungary’s general election is on April 3, the weekend before Luxuria, and Orbán is tipped to win a fifth term.)

But, says Krisztián, that’s just why Luxuria Party’s mission — “to provide a place for everyone to party and be able to express their sexuality in a safe and welcoming environment” — has become more important than ever.

“Nowadays in general we are a little bit more careful with placing promotional material in certain public places,” he explains. “And we make extra effort to ensure our visitors’ anonymity, not only during the party, but also on arriving and leaving.

“Having said that, otherwise we hardly face any actual changes or issues. Budapest itself currently has a liberal leadership, and regardless of the politics, it is the same vibrant, international, safe and open-minded city that it has been since the Iron Curtain was lifted.”

Currently of course, one aspect of safety that tends to be on the mind of anyone thinking of travelling internationally to a fetish event is the covid situation in the host country. So how are things in Hungary on that front right now?

All covid regulations for parties lifted

“In Hungary, like elsewhere, we had to learn to live together with the pandemic. But we are very happy that the current pandemic and the related situation has reached a level where the government could lift all covid-related regulations for events such as ours.

“According to the latest regulations our visitors are no longer required to show a vaccination or test certificate in order to enter the event, and they can freely enjoy the night without any restrictions.”

Hungary has already accepted more than 140,000 refugees — just one consequence of having a shared border. In what other ways does Krisztián think the war might affect Hungary and, indeed, an event like Luxuria?

“Following the news, our hearts are obviously heavy and filled with sorrow,” he says. “Despite Hungary remaining a safe country, nobody stays emotionally untouched by the recent events.

“Many people across the country (including part of our organising team) stood up and started to donate and/or do volunteering work in order to aid the refugees.

“What makes the situation even a little bit more personal for us, is that just before the war started, we were in contact with a well-known Ukrainian artist who we invited to perform at Luxuria.

“She couldn’t make it to our event, and later we learned that she cancelled all her performances and decided to stay in Kiyv with her family.

“Out of respect for her and all the other families who are going through difficult times because of the war, we decided to donate part of our budget to the Red Cross humanitarian aid in Ukraine.

“We hope this war will be over soon, and that, regardless of where they come from, people can reunite based on the positive values they share.

“Until we reach that point we are doing our best to make this happen on the limited ground of Luxuria.”

SYMBOL BUDAPEST: another impressive interior view of the new venue for Luxuria Party 2022

For April 2022’s return, Luxuria Party has moved to Symbol Budapest, a club venue with colourful, atmospheric decor in the north part of Buda (the western part of the capital).

ACCOMODATION NEAR VENUE
Symbol is located in the north part of Buda close to the recreational Margaret-Island and not far from the Sziget fesztival location, but there are not many hotels nearby. However, there are some nice rental apartments, with good reviews on Booking.com and AirBnb.

SIGHTSEEING & TRANSPORT
For sightseeing, it may be better to stay in the central area of Budapest (V, VI or VII districts) and take public transport night services or a (cheapish) cab to the party. Uber has quit Budapest but similar Bolt operates.

VANILLA OUTINGS
Visiting a Ruin Pub is recommended.
Szimpla kert Ruin Pub (szimpla.eu) even shows up in one of the Dan Brown novels! 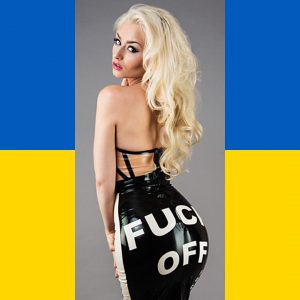