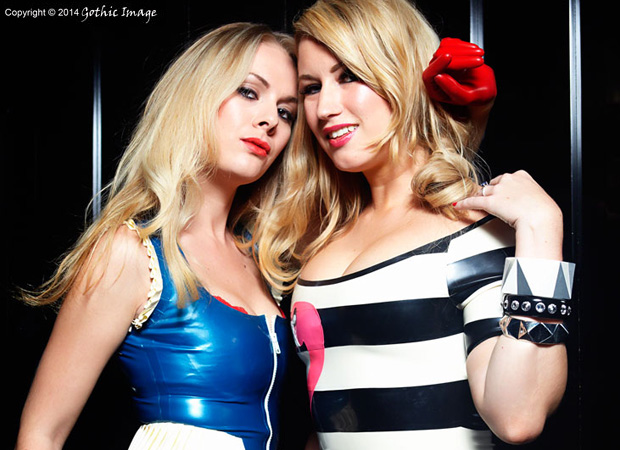 Le Boutique Bazaar returns to McQueen in Shoreditch later this month after its well-received London debut in September, giving fetish and alternative fashion fans another chance before Christmas to snap up designer latex and accessories in a friendly pop-up market setting

It appears to have succeeded pretty effortlessly in offering — depending on the harshness of your viewpoint — anything between an entirely complementary experience and a very welcome antidote to the style and content of London’s two established monthly fetish fairs.

More hot latex-clad bods around the ground floor and basement of McQueen than would normally be seen at any London venue during daylight hours!

Sure, that still means the other 75 percent of the retailers were not latex designers. But there was no sense that the latex brands were out of place in the way they can appear to be at the other fairs.

The reason for this, I’m sure, was because everything else on sale at Le Boutique Bazaar was also wearable, and the vast majority of it — from hats to headdresses to jewellery to corsetry to shoes — was a potential fetish outfit accessory. Those attending its first day clearly appreciated this connection.

Another aspect I think many visitors enjoyed was the glamour of the whole thing — contributed not just by the designers and the house models many had engaged to show off their wares, but also by many of the customers.

There were more hot latex-clad bods circulating around the ground floor and basement of McQueen than would normally be seen at any London venue during daylight hours!

Furthermore, everyone was very friendly, which made the job of those such as myself who were shooting pictures extremely agreeable. There was a real sense of camaraderie about the whole afternoon and people with long enough memories reckoned there’d been nothing like this in London since the last Barbican Xpo in 2008.

I bumped into a couple of people I hadn’t seen for years, and was also reunited both professionally and socially with old chum and early Fetishistas photographer Andy of Gothic Image, who came up from Portsmouth for the day.

He brought portable studio lighting with him, so we were able to divide the photography work between us, with me shooting reportage of all the stands and the people running them, and Andy focusing more on getting as many glamourpusses as possible to take time out for some serious latex-clad posing for him.

As a consequence, Andy will now be manning a pop-up studio at the next event at the end of November.

This article includes galleries from both of us, with Andy contributing studio-style pictures of designers and models, and my set featuring the stands and the people on them being an expanded version of the original set of 30 that I posted on Facebook shortly after the event.

Within a couple of hours of the doors opening at bar/restaurant/club McQueen in fashionable Shoreditch, I was being told by curator Charlotte TG that she and LBB partner Alexandra Houston Marriott (who holds her Wasted Chic pop-up fashion sales there) were already revising their schedule for follow-up events.

Initially the thought had been to hold three or four Boutique Bazaars a year, each timed for around six weeks in advance of the next big Torture Garden party (such as its Valentines or Birthday Ball) to allow sales and orders when people were contemplating investing in new outfits for those major events.

But midway into the first Bazaar, with a waiting list of some 15 designers who could not be squeezed into the launch event (with its capacity for 35 labels), it was already looking like they needed not only to find a larger venue but also to schedule at least a couple more LBBs before Christmas.

Since then, there has been a bit of back-pedalling but there will be another fair before Christmas — and that’s coming up on Sunday November 30.

Explains Alexandra: “Initially Sunday wasn’t an option because the venue wouldn’t normally be open and they’d have to pay to staff it. However, since the bar spend was good, they offered us Sundays as well.

“There are big pros and cons to both days, and we really mulled it over, asked our customers and designers for feedback and basically got a 50/50 response.

“We just decided to take a chance on Sunday, because then we’ll be able to compare the two days and decide which we think is best for 2015.

“One advantage of Sunday is that we can go slightly later, to 7pm, as they don’t have a dinner service. At every single one of my events it does tend to get busy in the last hour — and everyone listed the 6pm finish [on the opening Saturday] as a negative.

“We’ve also decided to open at 1pm, so everyone can have a lazy Sunday morning. And the entrance fee has been dropped from £10 to £5.”

‘Initially Sunday wasn’t an option because the venue isn’t open. However, since the bar spend was good, they offered us Sundays as well’ – Alex

Alex adds that though it did appear for a while that a larger venue would be needed for the next LBB, she and Charlotte have since had “quite a few vendors come back saying they are already booked with other markets around the country” because of the Christmas shopping season.

“So we might not need to explore that option just yet,” she says.

Aside from the move from Saturday to Sunday and the hour’s shift in start and finish times, she promises there aren’t any drastic changes from the first one, adding optimistically: “We just hope the tube station isn’t closed this time.” 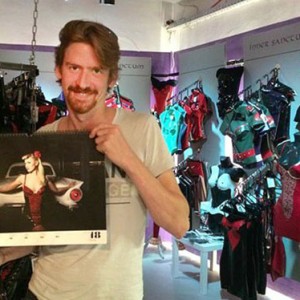 Inner Sanctum Berlin gets ready to open  Hamburg-based latex label Inner Sanctum will open a new store in Berlin at the end of this...