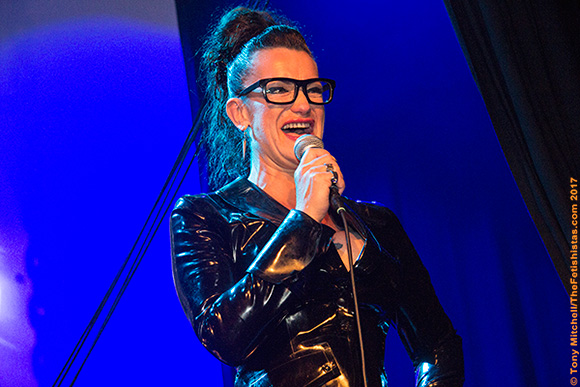 EuroPerve VII scales down for 2018 to keep the party going

EuroPerve VII will take place in Amsterdam at the end of September in a smaller venue than previously, with the accent on play and spontaneous performances rather than the lavish onstage spectacles audiences at earlier ‘Resurrection’ parties were treated to. Tony Mitchell previews the event and looks at the issues and market pressures that led co-hosts DeMask and Wasteland to downsize this year. Banner by Tony Mitchell: Gaelle Lagalle gets a good licking from Lady Bellatrix at Europerve 2017

EuroPerve VII will take place in Amsterdam on September 29, but at a smaller venue than those associated with the previous six EuroPerve Resurrection parties.

The 2018 event has dropped the Resurrection part of the name, coined by the new owners of DeMask in 2012 to indicate their intention to revive the ‘traditional fetish party’ style of DeMask’s legendary 1990s bashes.

Instead, this year’s ‘more intimate’ gathering will have much more emphasis on play. There will be performances by selected mistresses and other local people with strong DeMask connections, but no organised shows on the previous scale, and no catwalk show.

These changes have been forced on Europerve VII co-hosts DeMask and Wasteland by the disappointing attendance figures at earlier Resurrection parties. Those typically attracted only two or three hundred guests to venues with capacities in the high hundreds or more.

This is a well-known problem in Amsterdam for anyone trying to organise a fetish party. It is virtually impossible to find a suitable venue in the city with an ideal capacity (for fetish) in the mid-hundreds.

This forces organisers to try to fill something much bigger, as EuroPerve attempted to do for several years, or to downsize, as it has now done, in order to keep the party going without the prospect of big losses.

After last year’s EuroPerve in new venue Q-Factory — with its novel option of taking a room in the hotel occupying the upper floors of the venue building — I ended up with the strong impression that the event might not last another year.

So the fact that it has survived is good news, although this year’s downsizing takes it in the opposite direction I’d hoped to see it follow. But I can’t pretend to be surprised.

Despite its attractions as a tourist destination and its reputation (less deserved these days) as a liberal city, Amsterdam has struggled to re-establish itself as a prime location for fetish gatherings since the early days of the original Europerve events.

The hostility of the city’s authorities towards what they are inclined to categorise as sex parties has made life difficult for fetish promoters.

And, despite Wasteland’s characterisation as a fetish party, a relatively small number of genuine fetish people are to be found among the thousands who attend this event.

This is partly, at least, because the Amsterdam (and indeed Dutch) fetish scene itself is not that big. They’re up to their necks in swingers, but fetishists? Not so much.

The desire to be involved in a ‘proper’ fetish party was reportedly what prompted Wasteland organiser René to decide in 2011 to partner-up with DeMask’s Louva and Anton in resurrecting EuroPerve.

The original Europerve (with a small ‘p’), hosted by DeMask founder Steve English, was an undeniably pioneering fetish event. It put the Dutch capital on the map as destination for a totally new kind of pervy gathering — the international fetish party.

(Skin Two, which co-hosted the first EuroPerve with Steve in 1991, went on to do the same thing for London in 1992 with the launch of the Rubber Ball.)

But sadly, while the past six years of EuroPerve Resurrections certainly adhered to the hosts’ concept of a traditional fetish party, their (albeit noble) vision also inevitably limited the event’s international appeal.

I suggested in The Fetishistas’ January 2018 cover story that for EuroPerve to reach its potential to fill the larger venues it was using, the hosts might consider two changes that would make it more attractive to foreign visitors.

The first was to make the EuroPerve party the main attraction within an extended weekend programme of fetish events. A multi-day programme makes an event appear worthy of more effort and expense to long-distance attendees.

The second break with tradition I suggested would be to expand the designer content so that the main event’s fashion show was no longer just a promo for the DeMask clothing label.

But of course, these ideas require more, rather than less, investment, as well as the availability of suitable local partners willing and able to run supporting events.

A Meet & Greet on a canal boat was original pencilled in for Friday 28. But owing to prohibitive cost, that event has been moved to the DeMask store on Zeedijk between 17.00 and 20.00 on Friday, with free entry, free bubbly and last-minute shopping for those attending.

Tickets for EuroPerve VII cost €31.90 (earlybird) or €39.90 (regular) from eventix (link below). Tickets are also available from 11 fetish and adult stores in the Netherlands, Germany and Belgium — see EuroPerve website below for the full list.

The usual strict EuroPerve dresscode applies, but this year, there will be no roving photography at the party — just Meno van der Meulen running a photo booth.

ABOVE: Map showing the Amsterdam location of new EuroPerve VII venue Akhnaton (©Google Maps)
BELOW: Click a preview then click any thumbnail for slideshows of EuroPerve 2017 people and shows 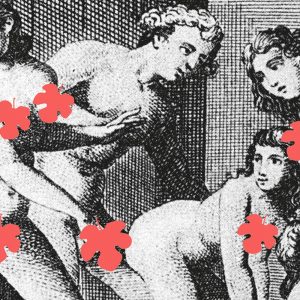