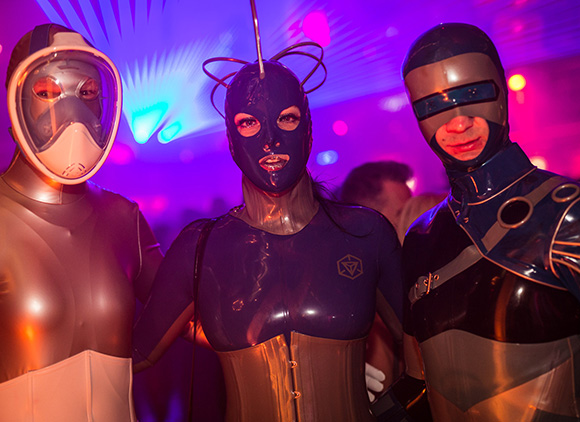 Avantgardista: a new kind of fetish weekend lands in Munich.

Avantgardista is a new type of event making its debut this November in Munich. It is already creating great expectations — and stirring some controversy — around the European fetish scene.

Avantgardista is the brainchild of Rosa von Dictum, nom de plume of the man behind Munich-based Prometheus Productions, which has been hosting the highly regarded SubRosaDictum parties since 2008.

Rosa’s best known event, internationally, is probably SubRosaDictum’s annual party during Munich’s BoundCon bondage festival. But the brand stages several other big events in the Bavarian capital every year, as well as parties in Austria.

And this September it is even venturing onto the Ibiza scene with a private villa week that may have been inspired by certain kinky goings-on in the Caribbean.

The great expectations for Avantgardista centre around its declared mission to “target groups beyond the usual scene”. It is an event that aims to present a cluster of high quality designers of latex (and other fetish clothing and accessories) to an audience of “ordinary people interested in extraordinary fashion”.

Central to its target audience are style-conscious people who have “seen latex on the world’s red carpets” but have not yet had an opportunity to experience such stuff close up.

These folk will be offered that very opportunity by the Avantgardista Showroom and Fashion Show, staged in Munich during the afternoon and evening of Saturday 11 November.

This event has a nominal admission fee of just €5 and no fetish dresscode — although the hosts are encouraging visitors to “dress to impress” rather than turning up in any old streetwear, and fetishwear is very welcome.

It doesn’t take a maths genius to work out that a €5 entrance fee for Avantgardista won’t cover the costs of running the Showroom and hosting the fashion shows.

But, says marketing director Carina Meyer-Broicher, it’s an investment for the future. “Rosa is making this personal investment with the aim of building a new event. We’re aiming to create a good platform for next year, and hopefully attract more sponsors.”

And frankly, what better place than Munich to try out the concept? It is one of Germany’s wealthiest cities with a thriving club and fashion scene, and the area’s inhabitants have a lot more disposable income than typical residents of, say, Berlin or Essen.

Avantgardista’s Showroom and Fashion Show will be followed on Saturday night by a full dresscode edition of SubRosaDictum’s famed Space Intruders fetish party. With its standard ticket price of €58, this all-nighter might just help to offset the new event’s costs a little bit.

The earlier Avantgardista fashion gathering is free to Space Intruders ticketholders, although, as the promoter observes, the Space Intruders audience is only part of the target audience for the Showroom and Fashion shows preceding it.

Saturday’s events will be bookended by a Meet & Greet on Friday 10, and a Chill Out brunch-style gathering on Sunday 12, thus completing Munich’s new programme for the second weekend of November.

However, the likelihood of some overlap of potential participants (both industry and public) cannot be denied. So you might wonder why the new German event is timed to go head-to-head with the established Dutch weekend rather than to avoid a clash that could adversely affect both.

But it seems this was not an option for Avantgardista because that weekend includes Germany’s Silent Day religious holiday, when singing and dancing events are forbidden by law. (Fetish Evolution Weekend has had similar problems over holding its kick-off Meet & Greet events on Good Friday.)

So unfortunately, for this year at least, an amicable solution could not be reached and consequently both the Dutch and German events will take place on the same weekend. Which means that for those who would have liked to attend both, a choice will have to be made.

What, then, is on offer from the new event in Munich?

The title Showroom has been purposely chosen for the Saturday afternoon/evening event (from 2pm to midnight) to distinguish its character from the fairs and expos many of us are familiar with at events such as the German Fetish Ball Weekend and Fetish Evolution Weekend.

Avantgardista’s Showroom will not be “the usual trade or retail fair”, says Carina. Instead, it will be more of an exhibition space “where participating designers can show a few of their masterpieces”.

Set in an imaginatively-converted industrial space called the Kohlebunker, at Lilienthalalee 37 in north central Munich, the Showroom will feature open, white-walled booths to give more of a gallery feel.

Only designer/producers will be allotted space there, and while they’ll be free to sell or take orders for their work, retailing is not the primary objective of the event and no retail-only companies will feature.

With a couple of possible exceptions, all the labels involved in the Showroom will also be putting their work into the evening’s Fashion Show in the same venue.

The catwalk action was originally scheduled for 9pm but may now be brought closer to 7.30pm, as the Fashion Show Sneak Preview originally pencilled in for the late afternoon may no longer happen.

The designer shows will be presented onstage by Fräulein Katzentanz (who features on the event flyers) assisted by jetsetting kinkster Ian Dutton.

The advantage of moving the fashion show forward is that people will then, if they wish, have more time to spend connecting with designers at their Showroom booths after seeing their creations on the catwalk. 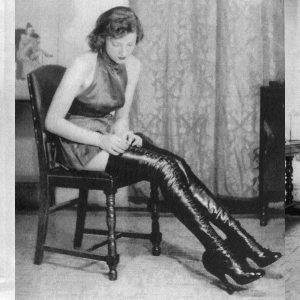